We love Whole Foods around these parts. Yes, I mean the brick and mortar establishment. I assume the nourishing whole foods that we eat on the daily go without saying. 🙂 I can get utterly lost in Whole Foods. Their produce is absolutely gorgeous, their bulk section never ends and the layout is extremely visually captivating. The interior designer of that place needs a raise, immediately.

My love affair with Whole Foods is fairly superficial. I go inside, I look but I rarely buy. I mean who can afford those prices? Not me, not now anyway. So I longingly wander the aisles, sporting a big she boner and ultimately walk my proverbial blue balls straight on down to a place that I can afford, trusty old Berkeley Bowl.

If you don’t live in the east bay of California, it’s very likely you’ve never heard of Berkeley Bowl. Its an independent market that has only two locations. It’s nowhere near the eyegasm that Whole Foods is but dare I say, the produce selection is superior and at half the price! It’s a pretty rad supermarket and I feel lucky to have it so close, until I dump it’s ass for Whole Foods when I hit the mega jackpot that is. 😉

While I was perusing the cheese aisle of Berkeley Bowl a few days ago, I noticed an employee handing out free samples of some purple looking goop on gluten free crackers. I had my daughter with me so naturally she grabbed at it. She acts like a starved homeless child around other people’s food but at our dinner table, she often can’t be bothered. She may be single handedly responsible for my growing wrinkles. Anyway, after further inspection I realized the spread was made of beets. What an awesome idea I thought. The flavor was pretty good but I knew I could improve upon it. I was excited to get home and play. 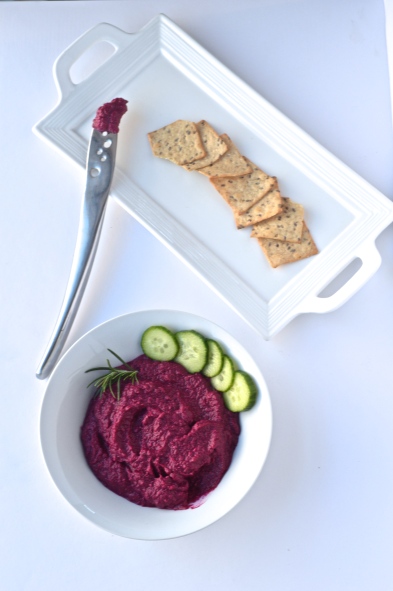 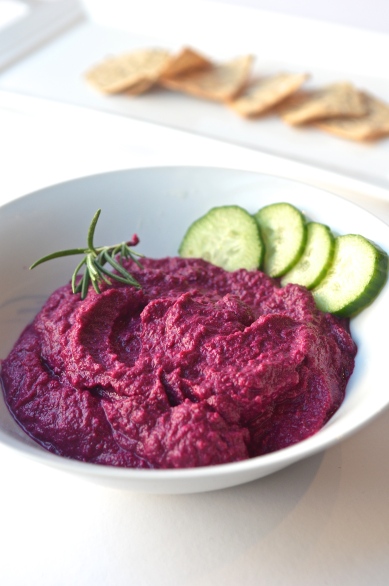 15 thoughts on “Supermarket Musings and Beet-ganoush”